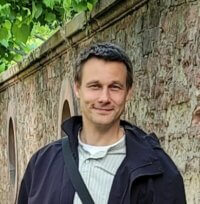 Federal Way, WA) – Vincent Remer, a German native and Canadian resident with deep experience in wood-based structural design, mass timber and structural wood connector systems, has joined Pacific Lumber Inspection Bureau (PLIB) as Director of Technical Services. Remer holds a Master of Science in Civil and Architectural Engineering from HafenCity Universitat Hamburg in Germany and boasts 20 years of practical experience in a variety of roles involving wood design and construction. His Master’s Thesis was a comparative analysis of a Cross Laminated Timber (CLT) building, using both U.S. and European standards.

“We couldn’t be more pleased about adding an expert with Vincent’s pedigree to lead our Technical Services department,” said PLIB President Jeff Fantozzi in announcing the new hire.

“His background speaks for itself, but his most underrated attributes might be that he’s bilingual and has multi-national experience. Vincent’s experience with Canadian, European, and U.S. building systems and codes and his fluency in both English and German means he can easily relate to our North American based members as well as a large segment of our European members.”

Prior to joining PLIB, Remer spent five years with StructureCraft Builders in Abbotsford, BC, where he led product development and the code approval process for StructureCraft’s dowel laminated timber (DLT), an innovative all-wood alternative to traditional CLT panels that requires no adhesives. He later oversaw prefabrication and installation of a mass timber structure for Kinsol Timber Systems before founding Tie in Timber, a timber fastener distribution and design company, in 2019.

Remer’s well-rounded background in mass timber was a key factor in the hiring decision. “With mass timber rapidly gaining favor in commercial construction markets,” Fantozzi said, “Vince’s experience, both from the production side and as an end user, expands our expertise in an obviously critical area.”

Among other responsibilities, Remer becomes the primary contact for all technical and engineering related matters in support of the American Institute of Timber Construction (AITC), PLIB’s glulam producing members, as well as PLIB’s MSR and finger jointed lumber producing members. He will lead AITC’s Technical Advisory Committee and PLIB’s Grade and Technical Committee and represent PLIB and AITC as a member of national and international wood product industry technical and engineering committees, including the American Wood Council’s (AWC) Technical Committee and Wood Design Standards Committee, the Japanese Building Experts Committee, the ANSI/APA PRG 320 Committee, and several others that are relevant to PLIB and its subscribers.

Raised and educated in Germany and a Canadian resident since 2016, Remer is currently based out of Vancouver, BC. He will relocate to PLIB’s Federal Way, WA, head office at a future date. He starts July 1, 2022.

The Bureau is headquartered in Federal Way, WA, with a Canadian division office in Vancouver, BC. Field offices are located in Washington, Oregon, California, Montana, British Columbia, Latvia and Germany. PLIB is accredited in North America by both the American Lumber Standard Committee (ALSC) and the Canadian Lumber Standard Accreditation Board (CLSAB). The agency operates in the Western and Southern U.S., Canada and Continental Europe.